Regarded by many as the best off-road vehicle in the world, Land Rover has a storied pedigree dating back to 1948 with the introduction of the original Land Rover Series I. Styling is no-nonsense and quintessentially British. Off-road performance is unparalleled. Simply put, it's the best four by four by far.
This 1975 Land Rover Series III is nicely restored and was recently imported from Costa Rica by a local collector with four vintage Land Rovers who simply ran out of room to keep them. A very rare half-cab configuration makes it the most interesting of the lot; desirable left-hand drive model with a rebuilt 2.25-liter gasoline four-cylinder engine and a four-speed manual gearbox makes it among the easiest to own and drive.
Aluminum body is straight with good paint; bulkhead and steel frame are showing none of the corrosion issues that plague Land Rovers that remained in the damp U.K. Hard top is in excellent condition and is, of course, removable. Brand new BF Goodrich mud terrain tires on refinished factory steel wheels. Interior is all business and mostly original; seats have been reupholstered in an appropriate vinyl.
As a gasoline-powered, left-hand-drive model, it's certainly more appealing than the RHD Diesels being imported from England. See more at Motor Car Studio in Atlanta, GA USA. 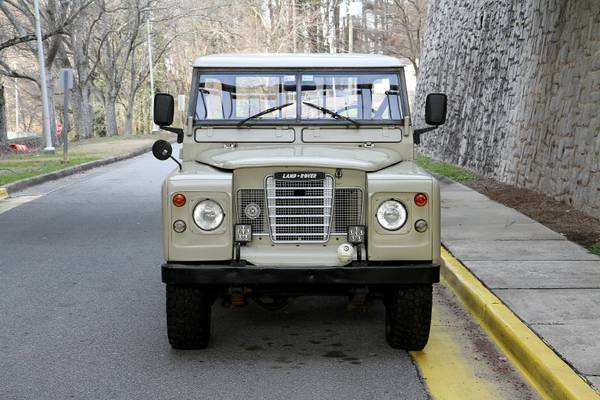 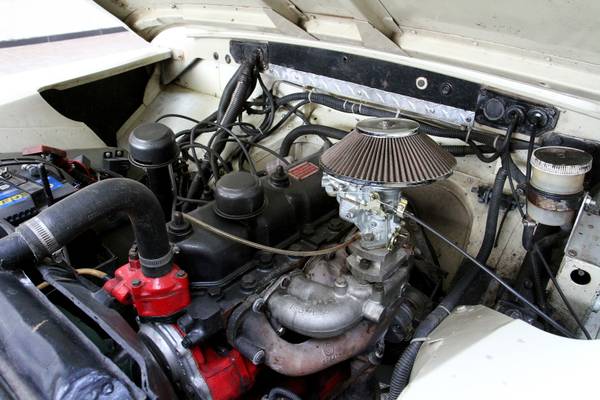 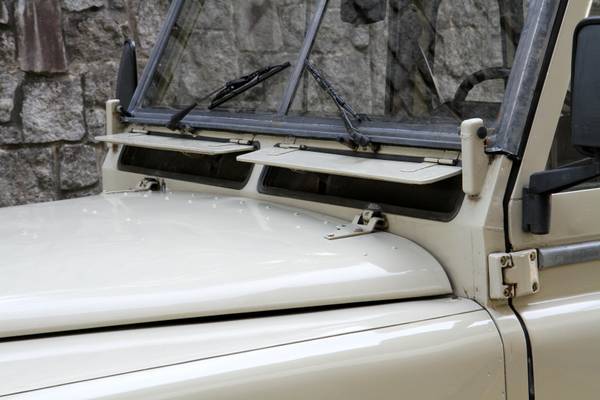 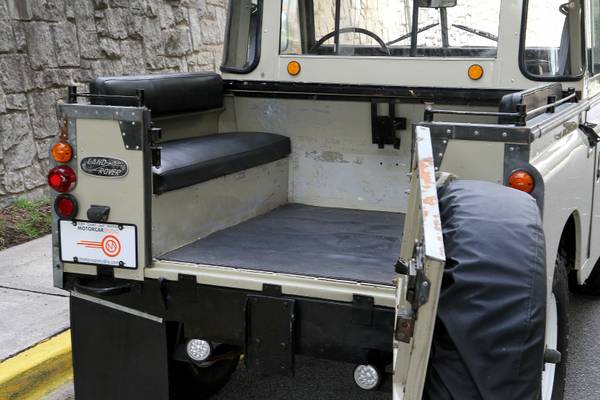 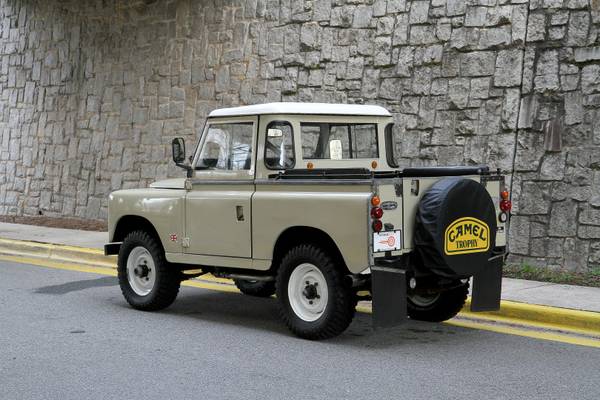 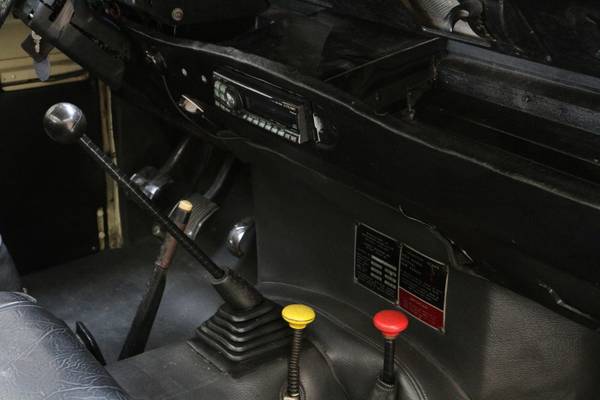 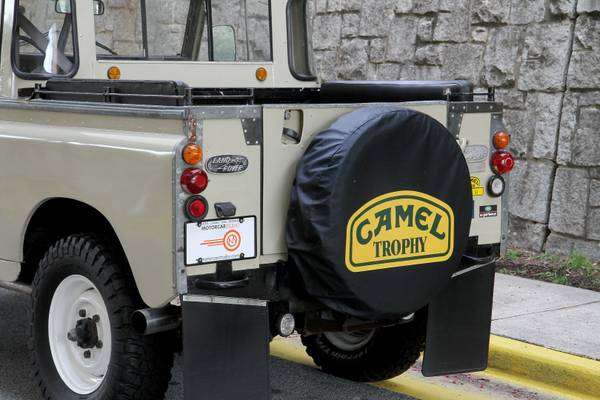 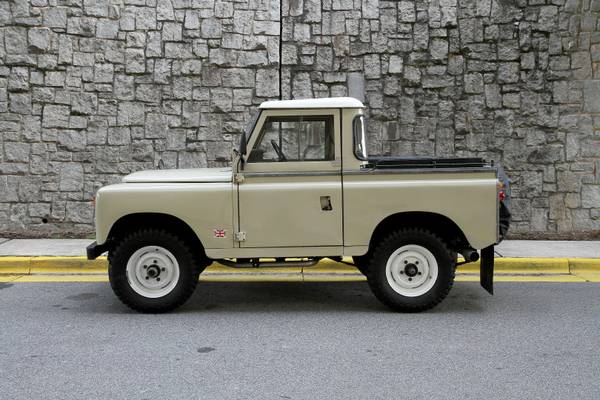 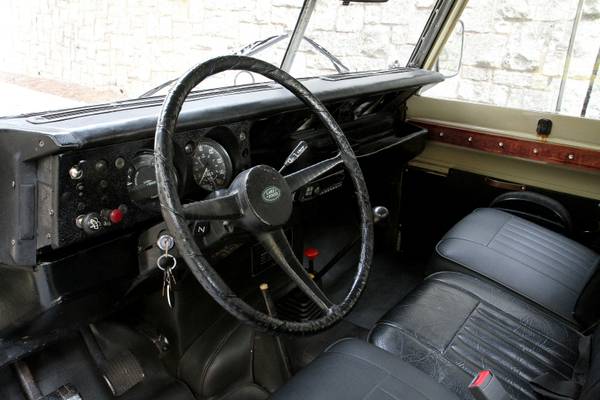 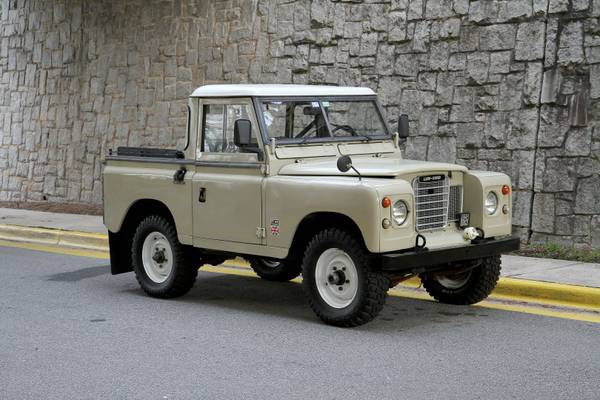 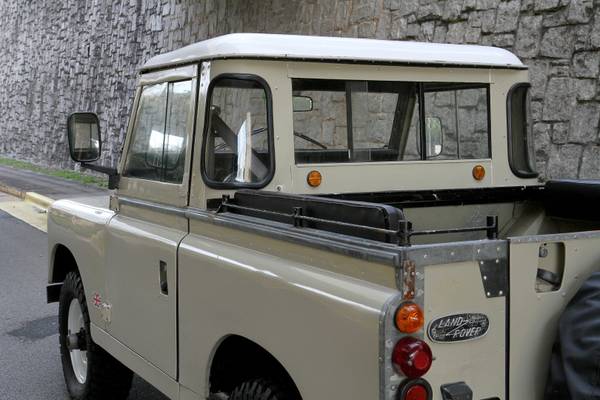 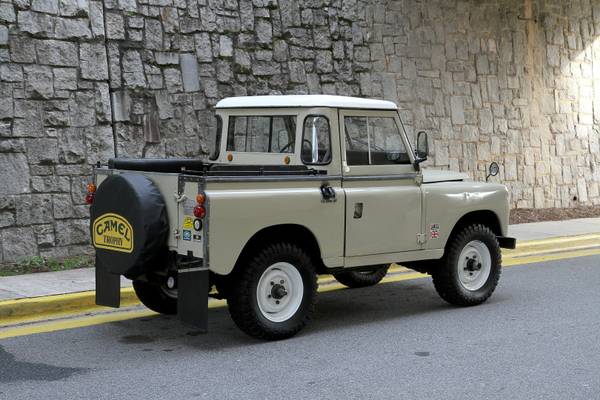 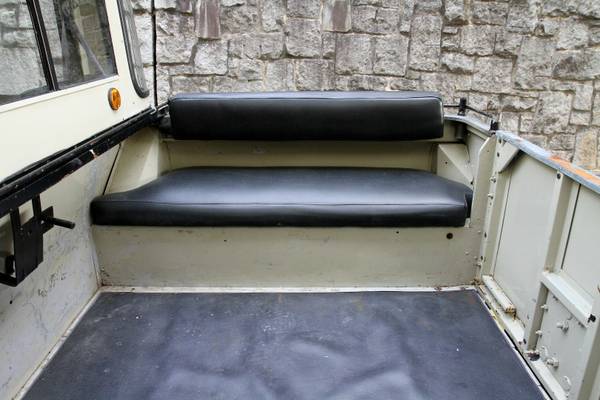