All F40s from the factory were red, this one is painted in a stunning blue color. The sacralige has been committed, so go with it. The blue gives this car a different look and it looks ready to race.


More from the seller on eBay.


The Ferrari F40 is a car that needs no introduction; not only was is the first production car to top 200mph, or one of the most engaging drivers' cars ever produced, but the F40 remains the last car Enzo Ferrari himself signed off from the production, cementing its place in history.
Although the stats of around 480 bhp (although many see the true figure north of 500) and that all important top speed are impressive, the F40 is more about the driving experience and theatre. Even to this day it remains the most challenging and demanding of cars to drive even close to the limit, but also one of the most rewarding.
Although the intention from Maranello was to build far fewer, just over 1,300 F40s were produced from 1987-1992 and it remains to this day one of the most demanded models ever to leave the famous gates at the factory.
The car that we are fortunate to offer today is a late car delivered to its 1st owner in 1992 and sits as a Cat-Adjust specification car; the final variant of the F40 production run, and to many people the finest of all to drive.
Having covered less than 16,500 KM this example sits in fantastic condition, however as is obvious for all to see, what we have is an extremely special and unique example of an F40. Officially all cars left the factory in Red (albeit some claims of a yellow and black car) however the car we have here has enjoyed a full respray at the factory bodyshop in this magnificent Blu complete with Tricolore painted stripe, offset with a Grigio border.
To be able to offer an F40 in such a unique colourway is something incredibly special, especially when one considers that this work was completed back in Maranello at the factory bodyshop, where it all began! In addition, the car not only comes with a comprehensive history file, but is also Classiche Certified.
Owning any F40 is a unique experience, they truly are the ultimate drivers' car, even to this day and the demand for the model will only continue to increase as the years pass. However, to own a factory-painted blue F40 is something on an altogether different level; an opportunity that is unlikely to be repeated any time soon. 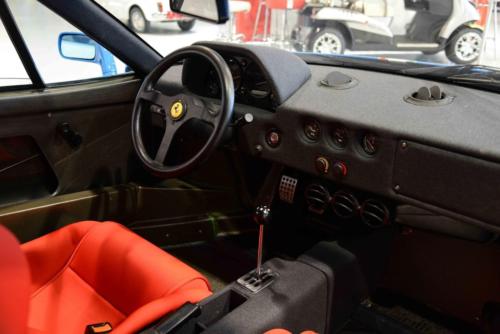 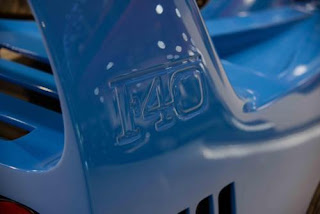 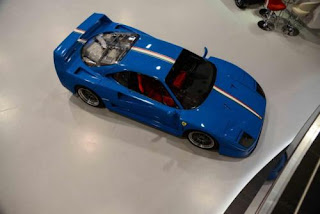 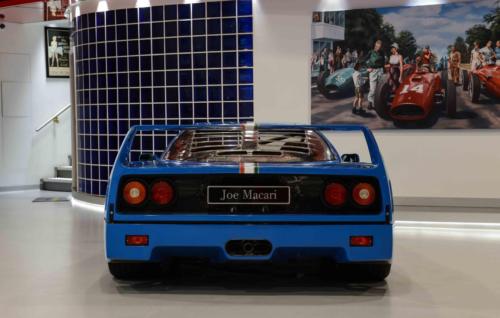 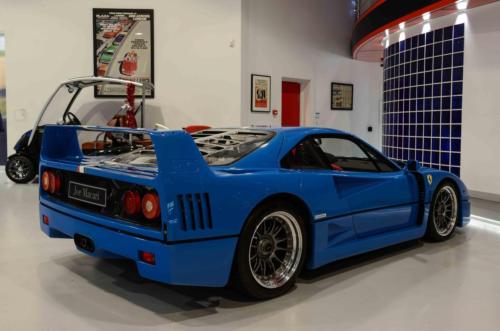 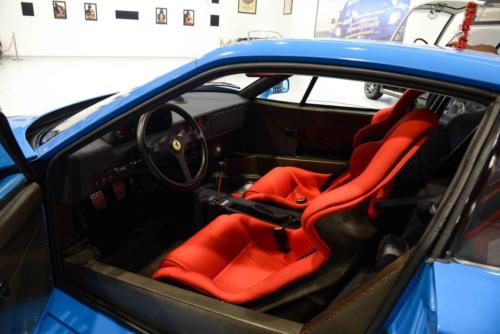 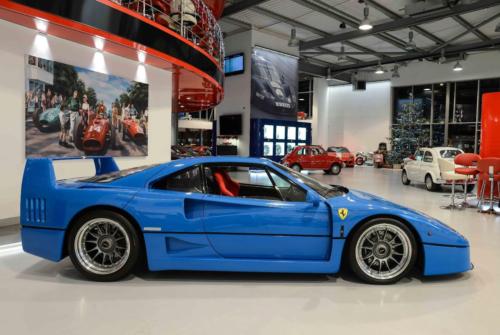 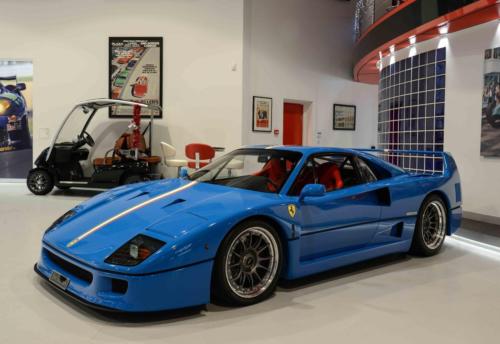 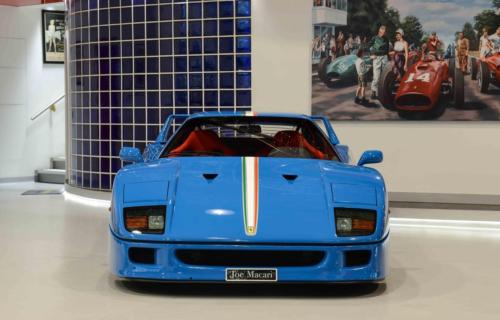 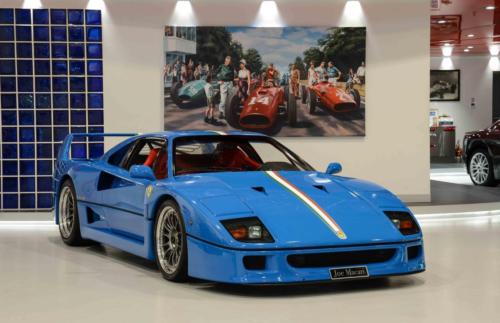