For those of you looking to own cars that no one in your town will have, here is the Austin Allegro Series 3. 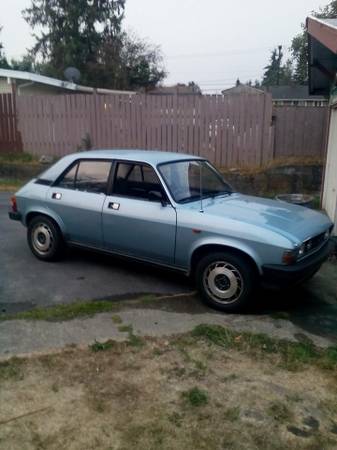 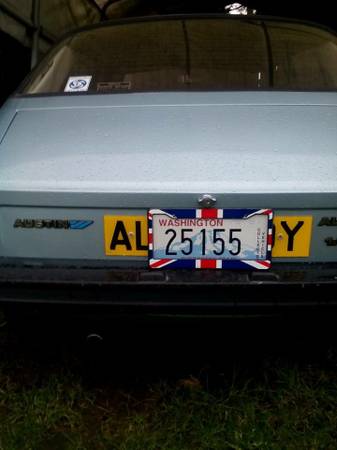 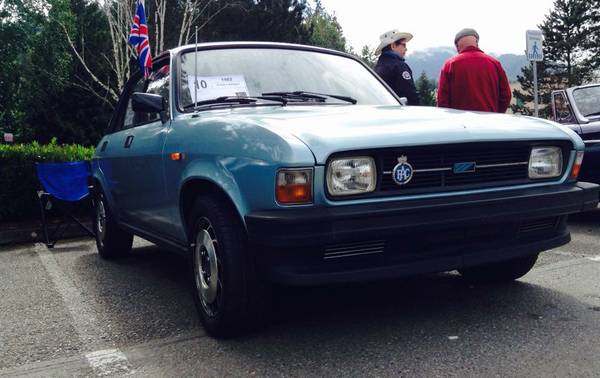 More from the seller on Craigslist.

I said I wouldn't sell this but my new Toy arrived from Japan, a Toyota Century to go along with the Nissan Pao and S Cargo I already have, two cars needs to go and this is One of them.

This is actually the Second Allegro I've imported, the first one an Estate that I imported but sold on 10 years ago just to see how difficult the whole car import thing would be. it was easy.
This one here is a Series 3 and the last year the Allegro was produced before being replaced by the Austin Maestro which I once Also owned here in Seattle. The Allegro also followed the Austin/Morris 1100/1300 or America in the US.

This Allegro came over 3 years ago and has the 1300cc A+ Engine, it has 34,000 miles from new and isn't the usual MOT failure rust bucket, this car was well loved by it's One previous owner. I Did have it repainted when it arrived in the original color, It's a Maaco job but looks good. it currently has Dodge Colt Turbo wheels on it, but Does come with the original wheels with New 145/80/13 tires and hub caps, and a New sport Exhaust. It has hydragas fluid suspension and comes with a suspension pump and some correct MGF fluid but a 50/50 mix of water and coolant can also be used. I also have the original Steering wheel and would throw in a Factory shop manual as well as a few other parts, mostly Brake related, it also has a New Electronic Distributor instead of the Troublesome factory Ducelier. Since the Allegro is basically a Big Classic Mini mechanically most parts are easily available.

If you Know what an Allegro is, you either love them or hate them and if you don't know what one is, this probably isn't a car for you, It's Not a Toyota Camry, it IS after all a 30 year old British car with all the usual quirks that go along with owning one. Looking to get $4,500 for it but if I know it's going to a good home, I might cut you a better deal. You Won't find another one on US soil unless you can find the old Estate I also imported.